In last week’s article, one statistic that became apparent, is that property prices in York have increased by an average of 4.77% over the last twelve months.

This is certainly indicative of this months’ Halifax and Nationwide House Price Indexes, which both boast growth in property prices across the UK. In the last month, Halifax reported a dip in annual growth of 1.1% versus 2.6% growth from the previous month.
Nationwide reported annual growth of 0.9% in property prices, which rose from 0.7% from the previous month so all’s looking well, right? 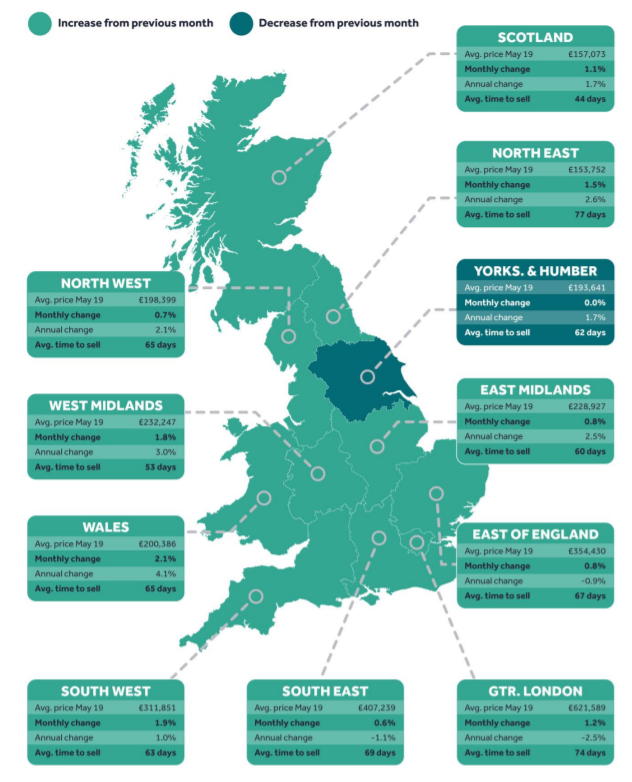 Well, looking at the Rightmove data, of all regions reported an increase from the previous month save for Yorkshire and the Humber which reported no growth whatsoever. Is this a sign of things to come? Has capital growth in properties in Yorkshire finally run its course?

Well according to the RICS in Yorkshire and the Humber, a large drop in new buyer enquiries as well as new owners instructing agents to sell their properties, a drop of around 43% and 23% respectively.

Furthermore, RICS expect newly agreed sales to drop by as much as 40%, prices by 30% and sales expectations by 26%.

This market sentiment may have had an impact on York as according to the Land Registry House Price Index, prices have dropped by 1.08% in the last month. However, before we prepare for Armageddon, bear in mind that York property prices dipped four times in the last year and has still seen some modest growth, so I feel confident in saying this is down to seasonal and short-term fluctuations.

What did interest me about the latest Land Reg data is that percentage of sales transactions in York with cash saw a decline of 3.08% whereas mortgage purchases increased by 2.14%. What all of this tells me is that, even in times of hardship, properties will still sell albeit, priced and marketed correctly.

It’s not always the agent with the greatest market share or the agent whose sold the most properties on your street.

I always advocate getting at least three agents out to conduct an appraisal on your property. Lastly, don’t chase that silver penny. Even in uncertain markets, properties will still sell albeit priced correctly.