It may come as no surprise that York is a fabulous place to live in with all its fantastic fundamentals, several shops, cafés and restaurants as well as its rich history and just all-round being a beautiful city.  This invariably makes York a great place to visit.

I’ve made it quite clear in other articles the ongoing onslaught by the government on the Private Rental Sector and its impact with landlords exiting the market driving rents up in York.  However, in a beautiful location such as York, there is also one other reason which could be impacting the York rental market and that is Holiday Lets.

According to recent data by ARLA Propertymark, “nearly half a million properties could be left unavailable for residents looking to rent in the private rented sector, as more landlords exit the market and move into short-term lets due to the raft of legislative changes they have been faced with.”

ARLA go onto mention that should the sector not be made more attractive, landlords will continue to exit the market resulting in less available properties and consequently, increasing rents.

Rest assured this is not an assault on the Holiday Let sector, far from it.  There are several benefits to running a property as a Holiday Let.  Let’s examine what’s happened over the last few years.

Some of the biggest changes to the sector have been withdrawal of mortgage interest relief against your tax liability as indicated in the table below.  This staggered change over a four-year period has in effect gradually made landlords more profitable on paper meaning they can be charged more tax.

Just as a side note, savvy landlords investing under a corporate structure are still able to offset the full mortgage interest against their tax liability. 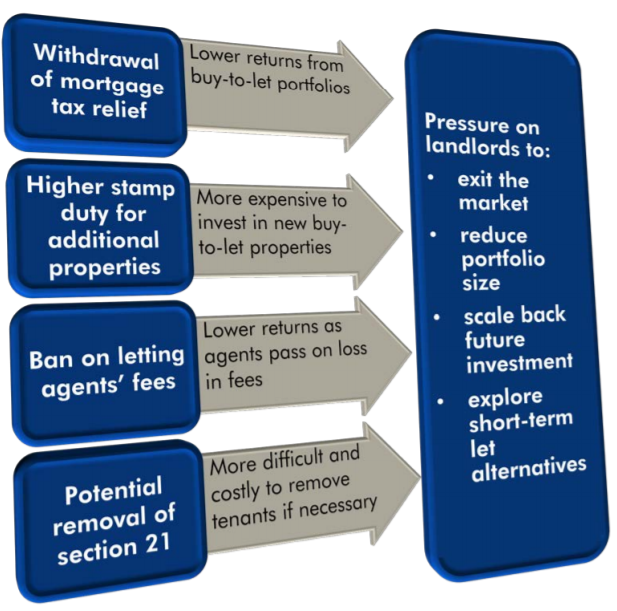 The government introducing an additional 3% stamp duty surcharge for anyone wanting to buy a second home may certainly have had an impact on the market.  However, as hard as this cost is to swallow, if a landlord bought a rental property shortly after the Buy to let stamp duty changes came into effect, chances are they would have made their money back and then some given the capital appreciation York property has made over the last three to four years.

The Tenant Fees Bill and the announcement of the removal of the Section 21 notice has again made the private rental sector less profitable as well as created concern for buy to let landlords in terms of getting vacant possession of their properties if needed (and again a more costly process, bearing in mind it’s not cheap as it currently is).

With all the above, it is no wonder why landlords are either selling up or converting their properties to Holiday Lets.  If done correctly, Holiday Let is considerably more profitable, the tax breaks are currently better with landlords being able to fully mitigate their mortgage interest relief against their tax liability.  With less occupancy throughout the year than with long-term lets, there is less chance of fair wear and tear and last but not lease, if executed correctly, the returns are significantly greater. 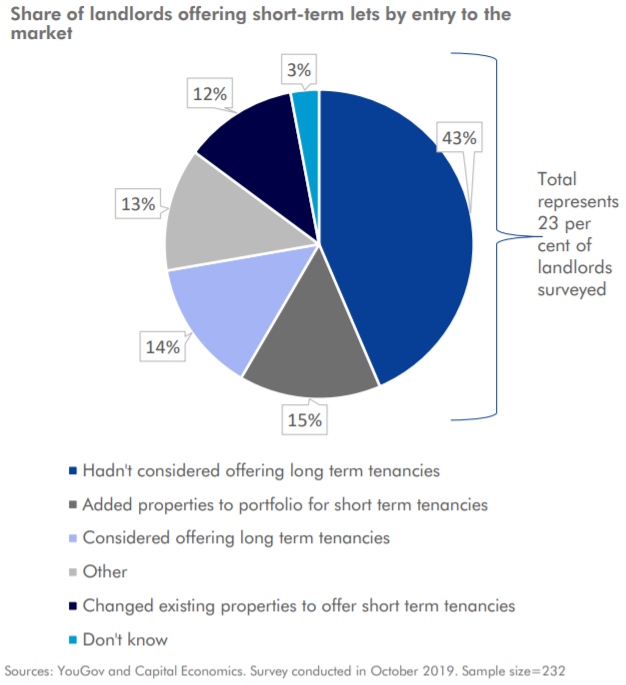 The above pie chart is taken from Capital Economics from a survey of 1,000 landlords across Great Britain 16% of which only offer short term lets and 7% have a mixed bag of short and long-term lets.

What concerns me is that 12% of landlords changed their existing properties from long-term to short let tenancies, the below chart indicating some of the reasons why they entered the short-let market. 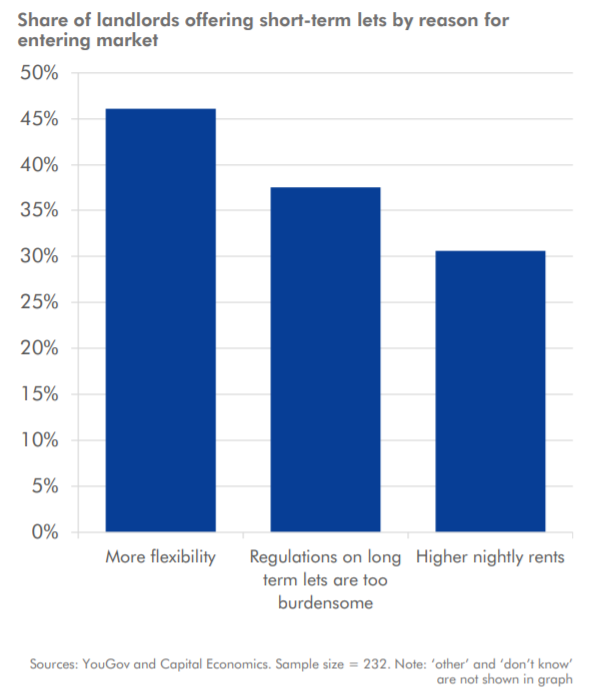 So, what impact has this had on the York rental market? Well from the bar graph below, we can see that average rents have increased exponentially over the last few years.  This is likely due to less quality rental stock on the market ergo less supply for the same or growing demand. 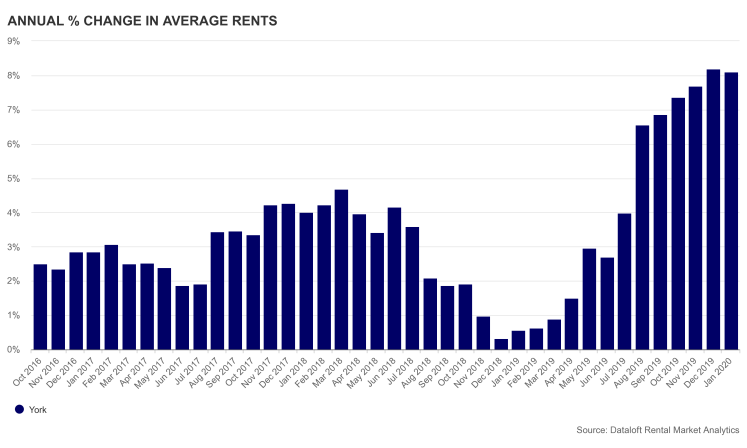 The government seriously need to consider their stance on the buy to let sector.  All of these attacks on the sector have largely been to make it easier for first time buyers to get on the market but quite frankly, the government have been massively short-sighted and these policies have been to the detriment of the very people they seek to help.

The last point I will make is that long-term rentals can still be profitable and on the flipside, I’ve also heard of situations where landlords have attempted the Holiday Lets route with negative consequences with very low occupancy rates whilst still having to pay council tax and rates (which they likely wouldn’t have faced under a long-term tenancy).  Now more so than ever they should take advice from professionals in the field, a lot of which being freely available.  I’ll happily throw my name into the mix and if any landlord that has any concerns over the future of buy to let in York wishes to have any of their concerns addressed, please give me a call, I’m more than happy to offer a helping hand.